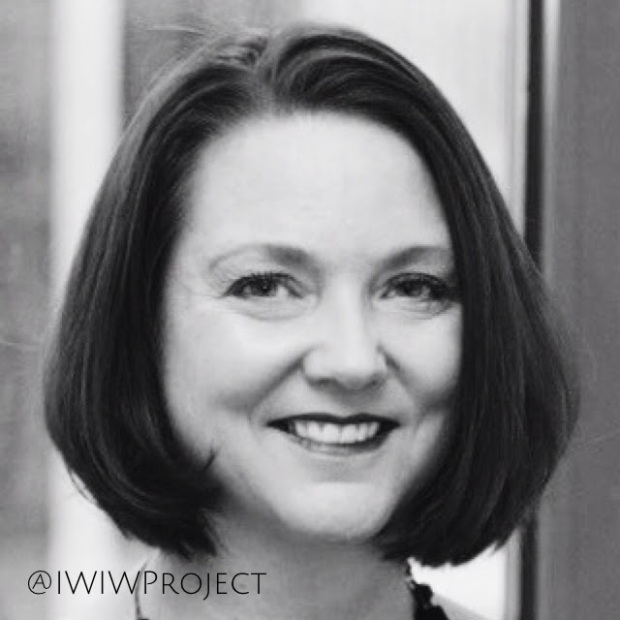 Cinda Doggett was born in Hawaii and journeyed through Kentucky, Iowa, and Illinois before going to Atlanta for art school. Always athletic, Cinda studied Fashion Merchandising and Design at the American College for Applied Arts (later AIU), but after two years had to go to work. She jokes about being on the “ten year” college plan, but in 1996, Cinda graduated from Georgia State University with a Bachelor’s in Management. Today, her passions are scuba diving and travel; she says, “when we combine the two, it’s like heaven.” Cinda was also described as a “volunteer extraordinaire” for her work as a military wife in Okinawa and abroad.

Q:  It looks like you had a long career with Experian before becoming a scuba instructor/military wife.  Can you tell me about your path?  How is your life different than you expected?

CD: I had a great career with Experian.  I moved to Atlanta to go to college but ran out of money after two years.  I had the option of going back to Illinois, but I really loved Atlanta, so I decided to stay and work and finish my degree later.  I went to a temporary employment agency that I had used before.  They had three temp-to-perm jobs available, and though I wanted the one that paid the best, my agent convinced me to take a lower paying job because she knew I would really like my boss and the people there.  Well, that turned out to be true.  I started as a temporary receptionist with Experian, and 12 years later, I left as a Solutions Project Manager with another promotion offer on the table.  (And, yes, I did finish my college degree by going to night school).

Why did I leave Experian?  Honestly, the next promotion they offered me was a great opportunity, but I just felt it was time for me to expand my experience outside of a single company.  I decided to take a break first.  I had been using most of my vacations in the previous years to go scuba diving, so I went to Grand Cayman to earn my Divemaster and Instructor certifications.  I didn’t have a particular intention to change my career.  I thought I would take a break and then maybe teach scuba as a side job.  But, after over a month in Cayman, I decided to try to stay and teach.  It actually took me a while to find a job there, so I ended up with a short stint in Florida first, but eventually I ended up working at Bob Soto’s Diving in Cayman.

It was a great job, as dive jobs go.  I did a bit of everything – teaching scuba, driving boats, conducting maintenance on boats, filling tanks, driving busses full of customers, and before the first year was over, I was promoted to Assistant Operations Manager.  I still performed all of those other activities, but I was also in charge when the manager was out.  I worked six days per week, 8-10 hours per day for the Cayman equivalent of minimum wage, so it was not just a “vacation” like many people think.  The trade-off was absolutely world-class diving, of course.  But, finances won out for me.  When I left, I was 34 years old (when most of my colleagues were closer to 20), and I needed to either buckle down and make it a career, or go back to corporate.  I decided to return to corporate.  I moved back to the States at the end of my contract, and I ended up in Florida, working for a mortgage lender as Operations Director.

The key change in my life during these years wasn’t necessarily my career.  While in Cayman, I met my husband, Mike.  He was in Cayman for essentially the same reasons I was – he had left his corporate career to take a break, had become a dive instructor, and then went to work there.  The twist is that after we had been dating for a while, he decided to join the U.S. Army.  So, he left while I was still in Cayman.  We stayed “together” over the coming years, though I was in Cayman and then in Florida while he was based elsewhere.  We got engaged in August 2006 with no real intention of when we would get married.  We still weren’t living in the same state but just seeing each other whenever possible.  However, we found out that he would be stationed in Okinawa, Japan by December.  While I didn’t particularly want to live in Fayetteville, NC (his previous station), I said “heck yeah!” when it came to Japan.  He had Leave before his move, so we took a vacation in Honduras and got married there!  Yes, my marriage certificate is in Spanish.  Mike left for Okinawa about two days after we returned from vacation, and I didn’t follow until almost a year later (though I visited once in between).

I loved Okinawa and Japan in general.  It also turned out to be a spectacular place for me to be introduced to my military life.  Despite the great distance from home and the traditional support network of family and friends, or maybe because of this, the spouse network in Okinawa had developed into a really great organization.  Even though I didn’t have a traditional corporate role during my time in Oki, I was busier than ever – volunteering for military organizations, volunteering for Okinawan organizations, learning Japanese, teaching English, working as wine consultant and again as a scuba instructor, and exploring Japan and the surrounding Asian countries.

One of the biggest benefits was the travel.  Every time my husband had Leave, we travelled.  We went to China, Thailand, Vietnam, Cambodia…and so many other places.

Q:  What makes you passionate about diving?  Do you have a favorite dive experience you’d like to share?

CD: I was encouraged to dive by a good friend and business mentor of mine.  I was already a huge lover of water.  My Mom is the same and my Dad was a Navy salvage diver when they met.  I didn’t grow up with him, but who knows, maybe genes are involved here!  Anyway, I think my passion stems from that love of water, but it is reaffirmed every time I’m diving.  Being under water is so completely peaceful and yet exciting at the same time.  No matter how many times I dive, even at the same site, I always see something new.  As for a favorite experience, I don’t know that I could narrow it down; there are so many!

I will say that my first experience in Okinawa was pretty great.  It was a shore dive, and on the snorkel out, it didn’t look like much….sand, rock, and dead coral.  I later figured out that this occurred out to the low tide line because people would walk on it during low tide.  But once we hit the actual reef, I felt like I was in Finding Nemo.  It was all soft flowing colorful corals and beautiful tropical fish.  Just amazing.

Q: You were also a “Wine Promotional Consultant.”  How can I get that job?  😉  What stories do you have from that role?

CD: The getting of this job was simply a matter of knowing someone who worked for the company already and her knowing that I loved wine.  I was able to interview with the regional boss when she was in town, and that was it.  Our company was intent on customer service, so we spent a lot of time learning about the wineries and the wines.  This allowed us to talk about the wines in an educated way rather than just pouring a taste.  This education was key for me in keeping the job challenging and interesting.  Though I really enjoyed the big festivals that were crazy-hard work but so much fun, I think my favorite experiences were just in the shop performing wine tastings every weekend.  It was on a military base, but we had a really great variety of wines.  We had customers that knew all about wine and those that were trying it for the first time.  I loved being able to explain the difference between a cheap but good “starter” wine and a bottle of Boone’s Farm (or similar) that might include wine in it but has other stuff as well.  I also loved that a favorite of the big burly tough Marines that came in were the Italian sweet wines! ha

Q: As a nonprofit volunteer, what organizations do you work with?  What do people need to know about nonprofits and their needs?

CD: I started volunteering when I was working in Atlanta, and I loved meeting the people I was helping and the people who ran the organizations.  I was continually amazed at how much time and effort people would give, how much they cared, and that they were from all walks of life.  These charitable organizations do such amazing work, and it’s even more amazing when you realize they depend largely on volunteers and donations.  When I ended up in Okinawa, I had much more time to volunteer and I loved working with on-base organizations that supported military families.

I volunteered extensively for Army Community Services (ACS) and for our Family Readiness Group (FRG).  I also volunteered for the Army Community Group of Okinawa (ACGO) which worked with other military organizations to raise funds for needy organizations, both on-base and Okinawan.  One of my favorite organizations was working with Okinawa International Women’s Club (OIWC), which was actually started by Okinawan women after the war as a way to achieve cultural exchange with the Americans and to provide funds and volunteers for needy Okinawan organizations.  Both ACGO and OIWC gave incredible amounts of money, and their volunteers gave incredible amounts of time.  Since I’ve been back to Washington, I’ve continued to volunteer with ACS and our FRG, but I’ve also expanded to some political activities such as voter registration drives and other causes I believe in.